Original Programming for the Web

The face of film and television seems to be changing with the constantly growing popularity of websites such as Netflix, Hulu, and Amazon. People are, in considerable numbers, turning to these sites to not only catch up on last night’s programming they might have missed but also to discover new content. Online streaming seems to be quickly becoming the way in which the country consumes media. 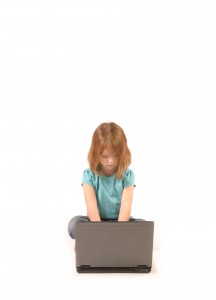 Sites like Netflix and Hulu have thus far provided a complementary service to network and cable television. Hulu airs shows after they have already aired on television. Much like actual television, it uses sponsored ads to help pay for content. Viewers also have the option of paying for a monthly plan which will allow quicker access to certain content as well as access to additional content. Netflix is based solely on monthly subscription which allows access to thousands of film and television titles. In the television department, Netflix features access to full series that aren’t on the air anymore such as Lost  and 24. They also provide past seasons for certain shows still on the air such as Mad Men or Scandal.

In the past these sites have worked well together because they provide an easy outlet for the audience to catch up on content. If someone isn’t able to catch the newest episode of Scandal as it airs in primetime, they can watch it the next day on Hulu and still be up to date for the next episode airing the following week.

In recent months, however, sites like Netflix, Hulu, and Amazon have introduced something that might break this congenial bond that they have with networks and cable outlets: original content. All three of these web giants have begun to introduce original content that is not only easy to access but really good quality. These web-based shows  now put these sites in a content rivalry with the networks and cable companies to which they ultimately rely on for the majority of their content.

This rivalry was really brought to light with the Primetime Emmys this year when two Netflix shows were nominated. House of Cards and the newest season of Arrested Development became the first digitally distributed series to reach such a high accolade. Between the two shows, Netflix racked up a total of 14 nominations. This Netflix content was in direct competition with regular cable programming. 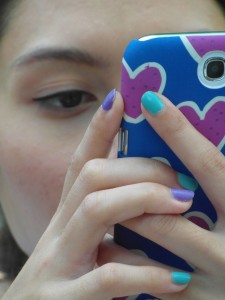 While not as successful as Netflix yet, Hulu and Amazon Prime both have original content available on their sites which will probably only get better. Amazon recently revolutionized the way they pick their content for upcoming seasons. Last April, Amazon released 14 original pilots for potential series and let the audience vote on which they liked best. After reviewing feedback from this trial, Amazon picked up five different shows including a comedy called Betas, two kids shows called Annebots and Tumbleaf, an animated show called Creative Galaxy, and a political comedy starring John Goodman called Alpha House. This technique will greatly enhance their lineup next season because not only will Amazon know exactly what the audience likes and wants, but the shows already have a built in audience ready for more. Amazon is interacting with their audience to find out what works and what doesn’t. I wouldn’t be surprised to see this model used by other sites or even by the networks in the future.

Original content from these established websites will probably have a great impact on the way we consume television. These sites are not only providing quality stories and content, they are also attracting big talent such as Kevin Spacey on House of Cards and John Goodman in Alpha House. If the audience now has access to the kinds of quality programming and stars it wants to see on a site it is already using will people still pay for a cable subscription? It will be interesting to see continued changes in the next few years and how we consume television. It will also be interesting to see how network and cable programming reacts to its web competition. House of Cards can only be viewed on Netflix while Scandal can now be viewed on Netflix, Hulu, and regular primetime television. Will it be more or less profitable to have an overall monopoly on content and distribution for popular shows? Only time will tell.