Hollywood has been in existence for over 100 years and is thriving more than ever. This longevity endured major shifts in economic conditions and unimaginable advances in technology. It is one of the few industries to do so. While the economy was devastated during the Great Depression, the studios fared well. It did better than practically any other industry during that time! 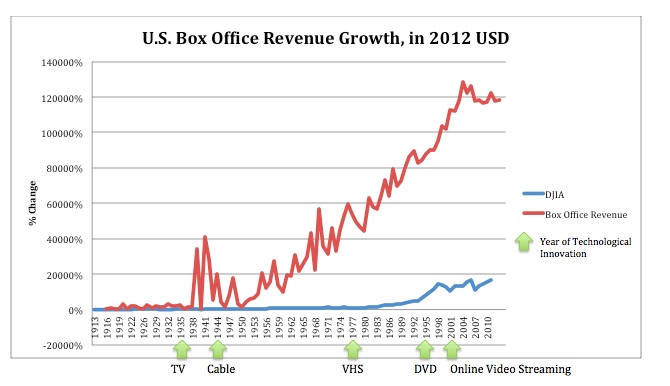 Advances in Technology: Hollywood and the future

One of the most significant advances was the creation and use of the Television. While Television was commercially available since the 1920’s, it did not become commonplace until the 1950’s. Many in Hollywood were skeptical about TV because they feared it would be a threat to the film industry. However it turned out to be another venue for Hollywood’s product—boosting the industry’s overall revenue. 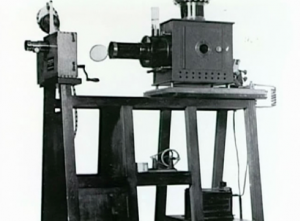 The next key advancement was Cable TV in the 1960’s, which also added to the industry’s overall revenue. Afterwards, in the 70’s, VHS revolutionized the industry by creating another lucrative venue for their product. VHS’s along with DVDs (which became popular in the 90’s, collectively termed: home entertainment) make up a large percentage of Hollywood’s profits in the past 30 years.

The newest technological advancement is online video streaming, in which Netflix is one of the premiere sources. Now small independent film companies are making films specifically for online streaming.

In the big picture, technological advances have a double positive economic effect on the Hollywood industry: while it increases the platforms that its content can be viewed and monetized, new inventions also help reduce the cost of production, from inexpensive cameras to much more economical visual effects.

Looking at technological advancements over Hollywood’s history, it is clear that they have only served to boost the industry’s revenue and profits, and will likely continue to do so.