The Evolution of Piracy

Remember when bootleg DVDs were all the rage? You know, back when piracy was difficult… and frowned upon! 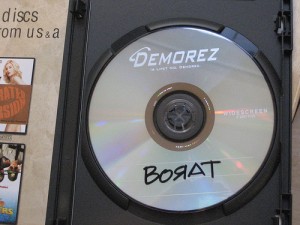 How to buy a bootleg DVD:

After all that effort, the final product is likely a) in the wrong language, b) poor quality, and c) the wrong movie entirely.

Piracy today is much easier (and safer). Almost every movie is available in every language, and the quality is as good as blu-ray. Best of all, your movie is 100% guaranteed to not result in a stab wound, as it is all done from the comfort of your own home!

Fifteen years ago, pirating a movie digitally would have been technically impossible. Downloading an uncompressed movie from the Internet would have taken weeks, and a hardrive capable of storing even a single movie would have cost over $500! This explains why film was initially sheltered from the piracy that ravaged the music industry. Today however, a high definition film can be downloaded at home in a matter of minutes, and storing it costs pennies. Major film studios have been forced to ask themselves: “How can we get consumers to pay for content, when it’s readily available at no cost at all?” 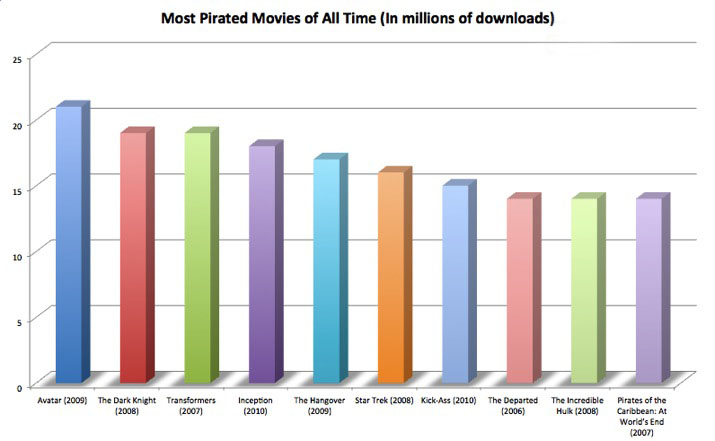 For much of the past decade, the film industry has responded to piracy by pressuring lawmakers and Internet service providers to create and enforce tougher anti-piracy regulations. This has done little to deter users from Internet piracy. Instead, the spread of subscription services such as Hulu Plus, Netflix, and Amazon Prime has raised hopes that the fight against piracy can be won through new innovative business rather than prosecution. The Telegraph reports that since 2008, music and film piracy has halved, mainly due to competition from legal media streaming sites. People are very willing to pay for their content, as long as it is convenient to do so. As more and more media-streaming services appear, both legal and otherwise, the question now becomes which ones will actually stick. Film studios have failed to work together in developing a standard for online movie distribution. The result is that consumers may have to search through iTunes, Netflix, Amazon, and other sites just to find a film. Rather than threaten consumers with jail time and fines, the film industry has an opportunity to shut out piracy by making distribution both convenient and profitable. Will studios adapt? If they want to eliminate pirated content, we should hope so.