With the popularity of sites like Netflix and Hulu, not only the format of how we are getting our content has changed but also the way in which we watch this content has changed. Both Netflix and Hulu have complete television series available for immediate consumption which has given birth to the new trend of binge watching. On these sites, when watching a series, the next episode starts immediately after the previous one. The viewer doesn’t even need to click on the screen; the new episode simply starts. Binge watching occurs when the viewer watches multiple episodes of a show in one sitting.

In some respects, binge watching is very

good not only for online sites but also for television shows still on the air. When the hit AMC show, Breaking Bad first aired, the ratings weren’t great and even the fourth season finale only had 1.9 million viewers. The season five (and series) finale brought in an astonishing 10.3 million viewers. These ratings jumps so late in a show’s run are extremely rare. Breaking Bad is available on Netflix and slowly grew in popularity as people discovered it. Even between the fourth and fifth seasons, people were able to binge watch the almost 50 episodes on Netflix and then they were ready and excited to watch the final season on AMC. The ability to binge watch and catch up to where the show currently is, brings people back to the original television network.

A similar situation happened with the current TV show Scandal. The show is now in the middle of the third season on ABC and the first two seasons are available on Netflix. Throughout the third season, Scandal really gained popularity and has become one of the most popular shows to binge watch on Netflix. The third season isn’t yet available on Netflix, however, it is available on Hulu where viewers can find the newest episode the day after it airs. Between Netflix and Hulu even brand-new viewers can catch up to the new episodes airing on television now. The season 3 midseason premiere aired on February 27 to the highest ratings since the third season opener back in October. As word of mouth spread, binge watching allowed viewers to catch up on 2.5 seasons of content in a very short period of time and then brought people back to ABC. I will be interested to see if Scandal holds steady with these ratings throughout its run or if it will continue to rise like the run of Breaking Bad.

Binge watching has found its primary niche on the internet, however, television networks have noticed the trend and started to capitalize on it. Marathons of favorite shows have always been a part of television, but have mostly been seen on special occasions such as Thanksgiving and New Year’s holidays. But some networks have realized how powerful these binge-watching/catch-up sessions can be and now are airing the last several episodes of a series before a new episode comes out, before the end of a season, or to lead into a new season. 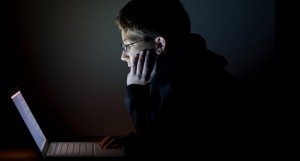 While binge watching is a fun way to  consume lots of great content in a short  amount of time, it also has its drawbacks  and potential for future problems. As more  and more people seem to be binge watching  television shows, platforms like Netflix have  started releasing content that is directly  geared at the binge watching culture. The  incredibly popular Netflix series House of Cards just released the second season on Valentine’s Day weekend. All of the 13 episodes were released at the same time making it perfect for binge watching. Many viewers even watched the entire season in a day or two.

The benefit of this kind of viewing is that it makes viewers happy and keeps them engaged. With very dramatic content, it is great to know that the viewers are so excited to find out what happens next that they are willing to spend multiple hours a day consuming this content. On the other hand, however, what the show loses by doing this is building up anticipation to the new episode. Most network television shows air one episode each week. If the episode ends on an intense cliffhanger, people will have to wait until the next week to find out what happens next and will be thinking about the show until they know. This anticipation keeps people watching the show each week.This build up is lost when people can immediately go on to the next episode.

Although binge watching seems to be a hot trend right now and has many benefits, I don’t know that it is a medium that can survive on its own without television. Television shows are released each week and there are only a few months in between each season. While we don’t necessarily get multiple episodes at once, we are engaged in the television show over a long period of time. Shows like House of Cards are very popular, however, the audience has to wait a long time for the next episode to come out. When the second season of House of Cards was released, viewers not only binge watched that season but also went back and binge watched the first season to catch up before the new episodes were released. It is rumored that the next season will be released in February of next year. Now the question will be whether people will be happy if they have to wait another year for the next season to come out. Will people retain their interest in the show with such a big gap? Or will more people watch after they too binge watch the first two seasons? Netflix could decide to produce more seasons within the year, however, would the quality of the programming drop if they have to pay production costs and high profile actors for multiple seasons each year? I am very, very interested to see if this strategy is able to hold onto viewership from season to season.