A brief history of Hollywood

Part one: Edison Invented the Kinescope and Look What Happened! 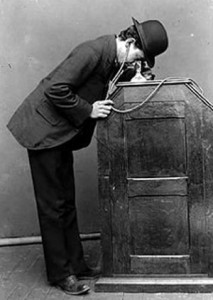 Hollywood’s origin can be traced back to 1890 when Edison invented the first motion picture camera, a peephole viewing machine that he called “kinetoscope.” Originally, silent short films were placed into Vaudevilles (theatrical shows made up of live entertainment such as musicians, plays, and magicians), as fillers between the acts. The owners of Vaudeville did not expect films to be successful, but to their surprise the audiences demanded more movies! That was a major encouragement for the nascent industry. Soon, small studios popped up all over the world, as did “Nickel” motion picture houses. Attendance exceeded 2 million people a week in the US.

Because Edison owned the patents to all the cameras, filmmakers were expected to pay dues. Many independent filmmakers wished to get around Edison’s excessive litigation, so they relocated from New York to Los Angeles. The industry loved the sunny weather and many decided to make Hollywood their home. Hollywood is the name of a district in the city of Los Angeles where the first movie studios were located, and it came to represent the motion picture industry in the US as a whole. 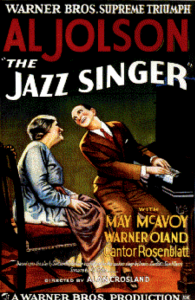 The introduction of sound in the moving picture (dubbed at the time as “talkies”) was first introduced in feature length film in 1927 with Warner Bros’ The Jazz Singer. After The Jazz Singer’s success, sound on film quickly became the new industry standard in the 1930’s.

The end of the Silent Era signaled “The Golden Age of Cinema”. Lasting from the late 1920s to the early 1960s the Golden Age is often considered one of the best times for cinema, from influence, artistic and economic standpoints. Historians affirm that the Hollywood industry flourished due the “Studio System” which had begun by 1930.

The “Studio System” (1930-1960’s) relates to an oligopoly with a few studios in Hollywood. Within the studio system, large motion picture companies would produce their own movies, typically on their own studio lots and with creative personnel under long-term contracts (including producers, directors, and actors), and would dominate exhibition (theaters) through vertical integration (they controlled the exhibition and thus could “guarantee” sales). 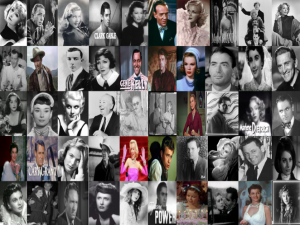 Five corporations dominated production, distribution and exhibition: Paramount Pictures, MGM, 20th Century Fox, Warner Bros, and RKO did all three functions (“The Big Five”), while Universal and Columbia concentrated on production and distribution, and United Artists distributed for independent producers (“The Little Three”). All of these studios still operate today, or bought by another studio—about one hundred years later. RKO was the only one of the major studios to be shut down, due to years of mismanagement (however the company’s movies and literary rights were resurrected in the 1980s). The fact that all of these studios are present in today’s market shows the unparalleled resilience of the Hollywood industry and its studios.